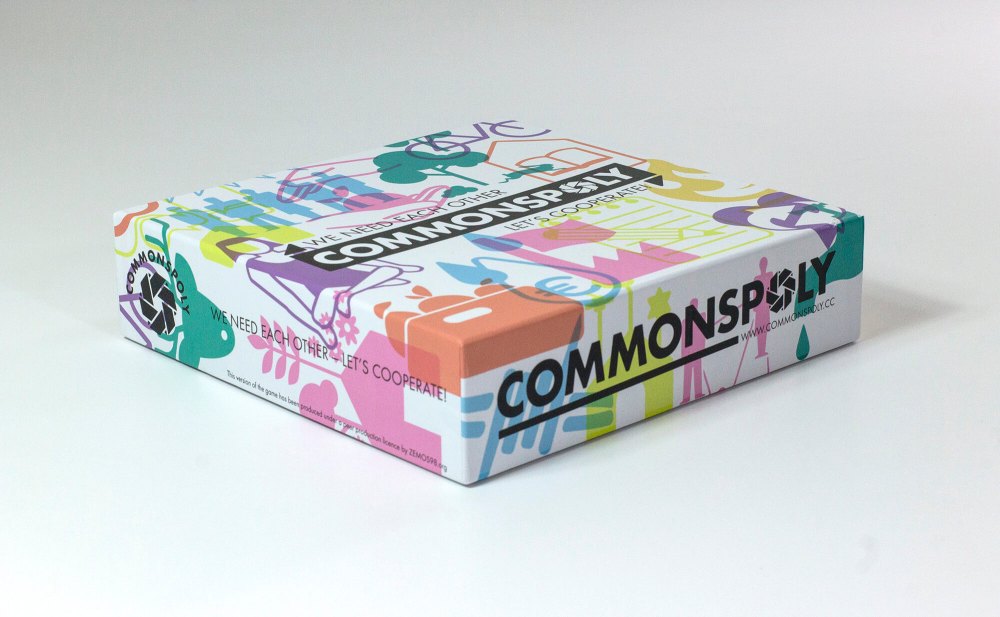 We need each other, let’s cooperate!

Commonspoly is a free licensed board game, with which to reflect and playfully experiment with the possibilities and limits of the commons as a critical discourse towards relevant changes in our societies. This board game is an ideal device to introduce commons theories and cooperative ways of living together, in a fun and instructive way. It’s especially great for boring, rainy afternoons!

Commonspoly is also an attempt to correct a common misconception that has lasted for more than a century. Back in 1904, Elizabeth Magie patented The Landlord’s Game, a board game designed to highlight the dangerous effects of monopolies. Years later, she sold the patent to Parker Brothers company, who turned the game into the Monopoly we know today: a board game that celebrates the pursuit of the accumulation of huge personal wealth and the bankruptcy of anyone but yourself.

Commonspoly turns modern Monopoly on its head and returns to the basic principle of the traditional game; to imagine a viable world based on cooperation instead of competition. However, not everything is perfect. You will have to fight against The Speculators. In this game, we are running against time! And the help of every player is needed and welcomed, because there is only one way to win: helping each other. Let’s get down to business. We have urban, health, environmental and intangible common goods to preserve.

Find out more at Commonspoly.cc 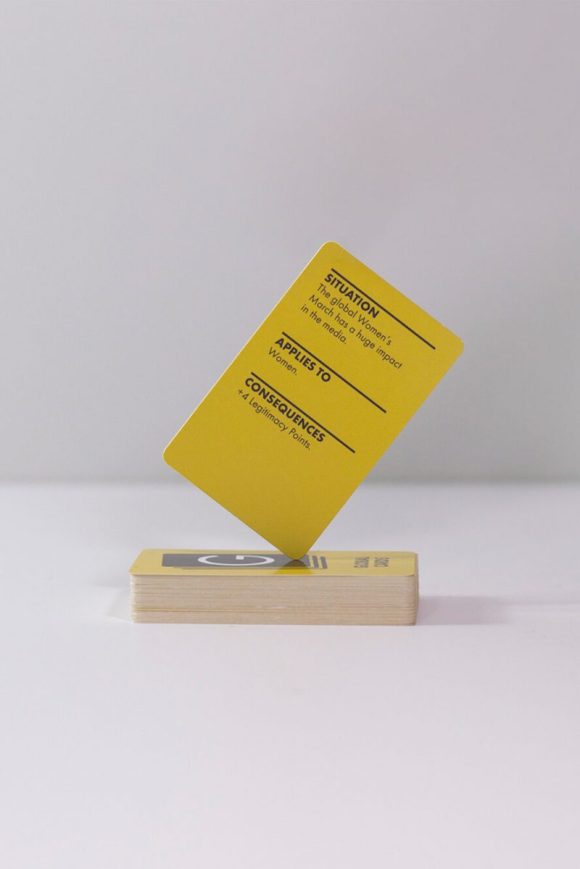